Datasets on this page are licensed under a Creative Commons Attribution 4.0 International License.

The datasets on this page were produced by the GIS Lab at the Newman Library of Baruch College, CUNY using data from the US Census Bureau. The point layers were created in NAD83 (2010 and 2000) and NAD27 (historic) and are intended for use by researchers, policy makers, students, and educators for basic geographic analysis and mapping purposes. Population centroids represent the mean center of population in a given area, and are often used for calculating distances from a population's distribution to a given good or service. 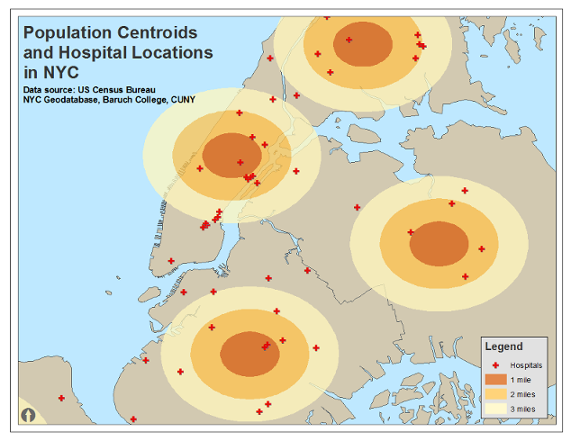