The IRS Migration Database is a resource created for analyzing historical state to state and county to county migration in the United States. The data was compiled from the IRS SOI U.S. Population Migration Data and was cleaned, collated, and organized into one SQLite / Spatialite database. A number of free tools exist (like the DB Browser) for viewing and manipulating SQLite databases.

While this data can be used to study migration of households (using filers) or individuals (using exemptions) there are limitations with the data that users must be aware of: see our documentation (below and in this blog post), the IRS documentation (on their website and included with the database downloads), and other studies for details. For example, not everyone files taxes, so the data does not represent every possible move. The IRS implemented a number of methodological improvements beginning in 2011-12 which would impact any comparisons made before and after that time period.

For users who only wish to generate a simple report for an individual county or state for more recent years, you can use this tool provided by the MCDC. 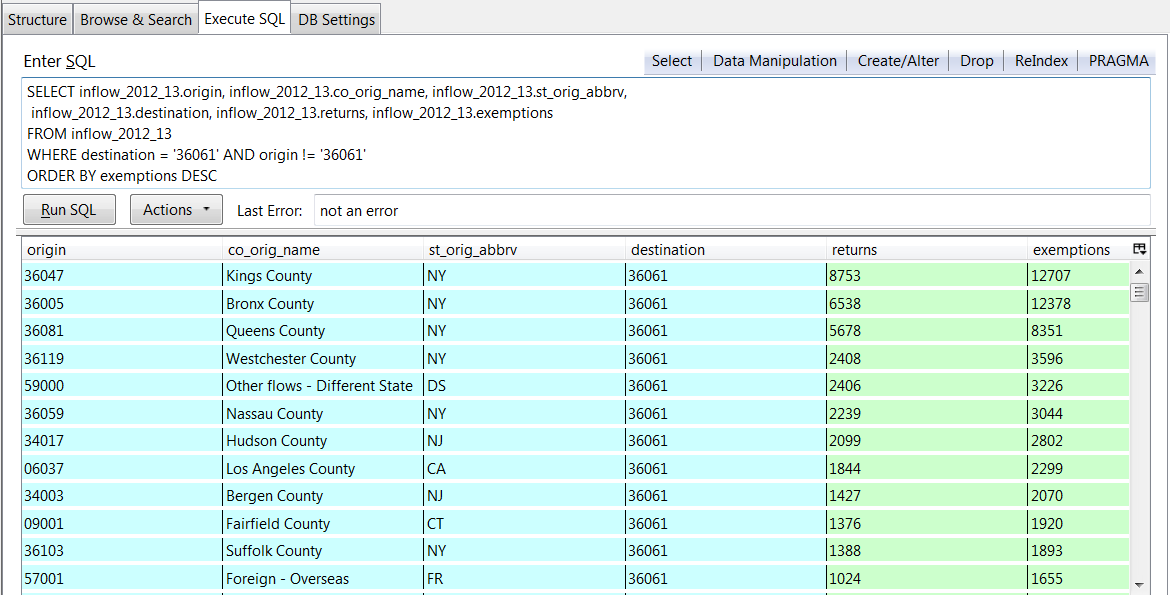