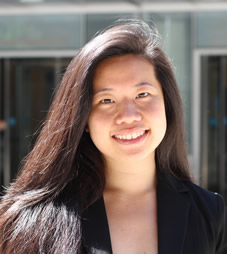 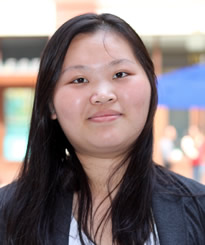 NEW YORK, NY- June 2, 2016 - Two Baruch College students recently earned Freeman Awards for Study in Asia. The Freeman-ASIA scholarships, which are administered by the Institute of International Education, are designed to financially support undergraduates who are planning to study overseas in East or Southeast Asia.

Sok Cheng ’17 who is majoring in psychology, and Serena Zou ’17, an accountancy major, will attend Yonsei University in Seoul, Korea under the auspices of Baruch’s bilateral exchange program. The award will cover Cheng’s and Zou’s airfare, books and basic living costs during the Fall 2016 semester in Seoul.

“The award will allow me to study at Yonsei University without financial concerns,” said Zou who was born in China and raised in Flushing, Queens. “I am very grateful for this opportunity; it encourages students who want to study abroad.”

Cheng and Zou were encouraged to apply a semester before their study abroad program. Applications had to be endorsed by the study abroad adviser and the financial adviser.

“The Freeman-ASIA scholarships awarded to Sok Cheng and Serena Zou for study in Korea show just how well Baruch students are able to compete for prestigious national scholarships,” said Richard Mitten, Director of Study Abroad at Baruch College. “Serena and Sok will be taking courses in Korean language, history and culture. The classes they will take at Yonsei University will all count for major, minor, or other degree requirements, and the knowledge and skills they gain from this experience will give them a significant professional edge.”

According to its website, Freeman-ASIA is sponsored by the Freeman Foundation, a private foundation with offices in Honolulu, HI. The Freeman Foundation's major objectives include strengthening the bonds of friendship between the United States and countries of East Asia. Through education and educational institutes, the Foundation hopes to develop a greater appreciation of Asian cultures, histories, and economies in the United States and a better understanding of the American people and of American institutions and purposes by the peoples of East Asia.