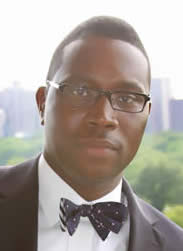 Charles A. Archer joined the Executive MPA Program within Baruch College’s School of Public Affairs after teaching at the College as an adjunct and “seeing the richness of what [the program] offers students.” For the past three years, he has served as the CEO of the Evelyn Douglin Center for Serving People In Need (EDCSPIN), Inc., an organization that provides a variety of social services to people with developmental disabilities. A practicing attorney, Archer says he made the move from professor to student at the College not only to enrich his leadership skills in his role as CEO but also to learn how to develop his thinking skills outside of the lawyer’s point of view that he’d grown into.

Putting in the extra hours towards refining those leadership skills seems to have paid off already. In December 2010, Archer was presented with a citation by the Office of the Brooklyn Borough President (EDCSPIN, Inc. is located in Sunset Park, Brooklyn) recognizing all of the hard work he’s done with the company. Marty Markowitz, President of the Borough of Brooklyn, writes, “In the past three years [he] has changed the face of EDCSPIN, bringing innovation, inspiration, and limitless possibilities for the families that the organization serves. [Archer is] a man who has in a mere three years revitalized and repurposed the mission, performance, and operations of the organization.”

“I'm absolutely humbled that the Borough President has seen my leadership in that view, but I accepted this honor on behalf of all the men and women of EDCSPIN who have given of themselves so tirelessly," says Archer. Being a CEO is “an awesome responsibility. You have the lives and daily attention of many people in your hands.” Today, residential habilitation, healthcare assistance, school programming, and crises intervention are just a few of the many services that Archer and his team work to make available to individuals with mental and developmental disabilities throughout the five boroughs of New York City. His greatest hope is to continue to better the lives of these individuals and to inspire the company’s 600-plus employees to work under the philosophy that “Everybody paddles at the same time, in the same direction, towards the same goal.”