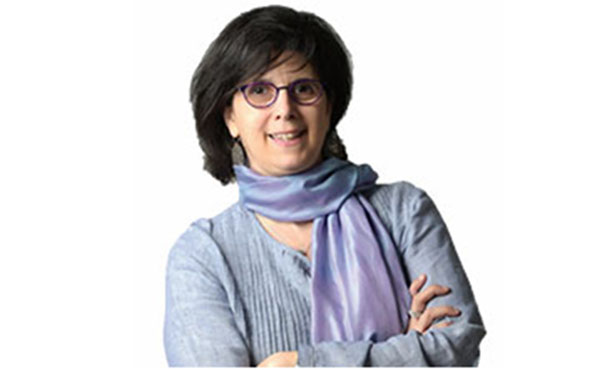 Deborah Balk, PhD, a professor at Baruch College’s Marxe School of Public and International Affairs, is among five scholars, researchers and practitioners appointed by Mayor Bill de Blasio to be a member of the leadership team for the fourth New York City Panel on Climate Change (NPCC).

The NPCC analyzes climate risks to New York City and advises on resiliency to help ensure the city is prepared to withstand and emerge stronger from the multiple impacts of climate change. Past NPCC work has produced important information about climate change including recurring “sunny day” flooding events, the effect of heat waves on public health, and ways to combat social vulnerability by incorporating equity into adaptation planning.

“I’m honored to join the leadership team of the New York City Panel on Climate Change,” Professor Balk said. “New York City has been a global leader responding to climate change. The NPCC fourth assessment promises to continue that role by incorporating a fuller analysis of vulnerability, impacts, and adaptation, and by bringing more stakeholders in the process. I look forward to working with the NPCC in this important work.”

Balk will serve as an advisor on climate risks and help lead development of a new assessment report building on prior research.

In a press release from the City of New York, Mayor de Blasio said, “I am confident that this diverse and talented leadership team will fight to protect all New Yorkers from the effects of global warming. With expertise in climate science, environmental studies, demography, urban planning, architecture, and design, this team will ensure that we are looking at every possible way we can make New York City more resilient."

Balk, who is also the associate director of the CUNY Institute of Demographic Research, has nearly 30 years of work experience concentrating on spatial demography. Her research focuses on urbanization, migration and population distribution, poverty and health, and environmental interactions in low and middle-income countries with respect to environmental factors, in particularly climate change.

In 2016, she was named a recipient of a 2016 Andrew Carnegie Fellowship from the Carnegie Corporation of New York. Balk is a member of the National Academy of Sciences’ Committee on Population and the US Census Scientific Advisory Committee.