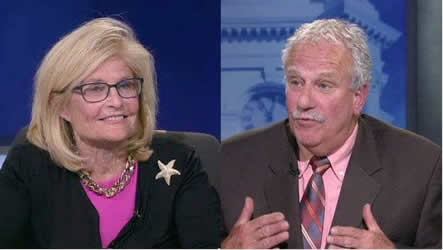 NEW YORK, NY - February 25, 2016 -  What’s on the minds of New Yorkers? Baruch College has partnered with NY1 News for the second year in a row on “The City Poll,” a news segment dedicated to analyzing and discussing issues about New York City’s quality of life. The City Poll is conducted by Baruch College Survey Research at the School of Public Affairs, under the direction of faculty members Mickey Blum and Doug Muzzio.

Throughout the year, “The City Poll” will survey and report on the effectiveness of city leaders and services, neighborhood needs, and other aspects about life in New York City. Previous “City Poll” topics have included: Mayor de Blasio’s job performance, Pope Francis’ favorability rating among New Yorkers and the battle of the Bronx bombers: Babe Ruth vs. Derek Jeter.

Baruch College will continue to track the results from future polls as they become available throughout the year. Follow us on Twitter and Facebook for continued “City Poll” coverage.

You can read the in-depth “City Poll” findings here:

City Poll: New Yorkers Worried About Being Priced Out of Their Homes

City Poll: Nearly Half of New Yorkers Don't Know Who's in Charge of MTA

Baruch College is a senior college in the City University of New York (CUNY) with a total enrollment of more than 18,000 students, who represent 164 countries and speak more than 129 languages. Ranked among the top 15% of U.S. colleges and the No. 4 public regional university, Baruch College is regularly recognized as among the most ethnically diverse colleges in the country. As a public institution with a tradition of academic excellence, Baruch College offers accessibility and opportunity for students from every corner of New York City and from around the world. For more about Baruch College, go to http://www.baruch.cuny.edu/.