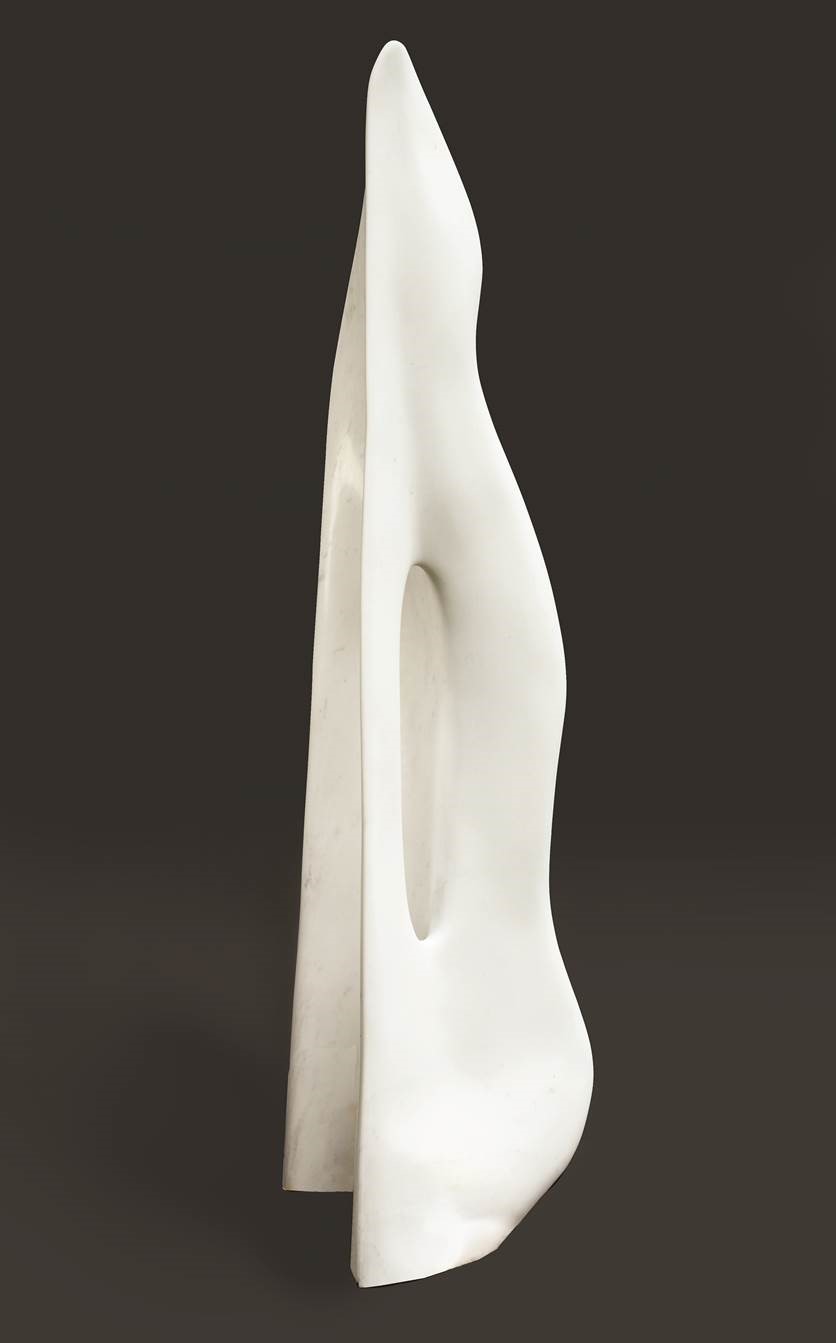 Charlie Kaplan studied welding, blacksmithing, and he worked in clay, wood, and other media before being introduced to marble. Over the course of several years he studied in Pietrasanta, Italy—just ten miles from Carrara—where he developed a deep knowledge of the material, learning about the various types of marble, as well as honing his skill in bronze casting. Subsequent visits to the area, where he now works part of the year, placed him in a community of artisans with a rich heritage of sculpting. Kaplan gained recognition there, and, in 2009, one of his sculptures was installed on the pier in Pietrasanta. In 2016 he had a solo exhibition at the Gigi Guadagnucci Museum, an institution dedicated to sculpture, located in Massa, near Carrara.

While some artists sketch out a design or begin with a model in clay, Kaplan uses the direct method of working with the stone. First, he chooses his material, not from a block of marble neatly honed into a cube, but from a rock. He begins chipping away pieces that would break off due to faults in the stone; he now has his “blank canvas”. A modernist, Kaplan strives to bring out the curves he finds so pleasing in his minimalist designs, curves that make the marble flow like water, making it less static and more alive. He finds his ultimate satisfaction not in the finished work, but in the process. “If it weren’t about the process, I wouldn’t be doing it,” Kaplan explains. “I can’t pretend to understand it. It takes me away like nothing else.”

Kaplan’s monumental work, Soaring, 2018 will be permanently installed in the Baruch College library.

Baruch College is a senior college in the City University of New York (CUNY) with a total enrollment of more than 18,000 students, who represent 168 countries and speak more than 104 languages. Baruch College is regularly recognized as among the most ethnically diverse colleges in the country. As a public institution with a tradition of academic excellence, Baruch College offers accessibility and opportunity for students from every corner of New York City and from around the world. For more about Baruch College, go to http://www.baruch.cuny.edu/.