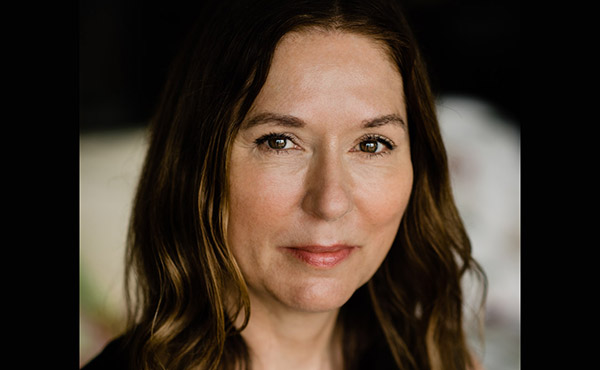 Dr. Griffiths is a professor of film and media studies in the George and Mildred Weissman School of Arts and Sciences, and she is an internationally recognized scholar. Her research crosses the fields of film studies, 19th-century visual culture, and medieval visual studies. Within this interdisciplinary arena, she examines cinema’s relationship to, and experience in, nontraditional spaces of media consumption. She has been a faculty member of Baruch’s Department of Communication Studies since 1998 and the CUNY Graduate Center’s Doctoral Program in Theater since 2004.

“Baruch is extremely proud to have a creative and visionary scholar like Alison Griffiths, on our faculty,” said Baruch President Mitchel B. Wallerstein, PhD. “Her dedication and success are an inspiration to our students, and she continues to make significant contributions to the knowledge base of humanity.” Dr. Wallerstein also praised the University for “investing in and recognizing faculty who produce such highly regarded research.” Among many other distinctions, Professor Griffiths has twice received Baruch College’s Presidential Excellence Award for Distinguished Scholarship.

In congratulating Dr. Griffiths, Aldemaro Romero Jr., PhD, dean of the Weissman School, said, “As a renowned researcher and sought-after professor, Alison is emblematic of the Weissman School’s world-class faculty. Her groundbreaking research, writings, and scholarship, have helped to raise the national profile of the school.”

Her three other full-length studies are Wondrous Difference: Cinema, Anthropology, and Turn-of-the-Century Visual Culture (CUP, 2003), Shivers Down Your Spine: Cinema, Museums, and the Immersive View (CUP, 2008), and Carceral Fantasies: Cinema and Prison in Early Twentieth-Century America (CUP, 2016). She is also the author of more than 50 journal articles, book chapters, and book reviews.

“To be included among CUNY’s Distinguished Professors is a tremendous honor, one that makes me immensely proud of my scholarly and teaching career at Baruch College and the Graduate Center,” said Dr. Griffiths. “My next book dives into the world of medieval visual artworks for uncanny evocations of our contemporary digital media, an unlikely pairing of academic disciplines that has come to define my approach as a media historian.”

Dr. Griffiths’s research has also been supported by the National Endowment for the Humanities, the Woodrow Wilson Foundation, the Huntington Library, the American Council of Learned Societies, the Eugene Lang Foundation, and PSC-CUNY, among others.

First established at the University in 1967, CUNY Distinguished Professorships are the highest honor that the University confers on faculty and the highest rank a CUNY professor can achieve. The title designates an exceptional scholar with a national and international reputation for scholarly and/or research excellence, whose outstanding accomplishments enrich the University’s academic environment.